In the third season of Netflixs consistently entertaining comedy series about female wrestlers, characters are allowed to be messy in and out of the ring 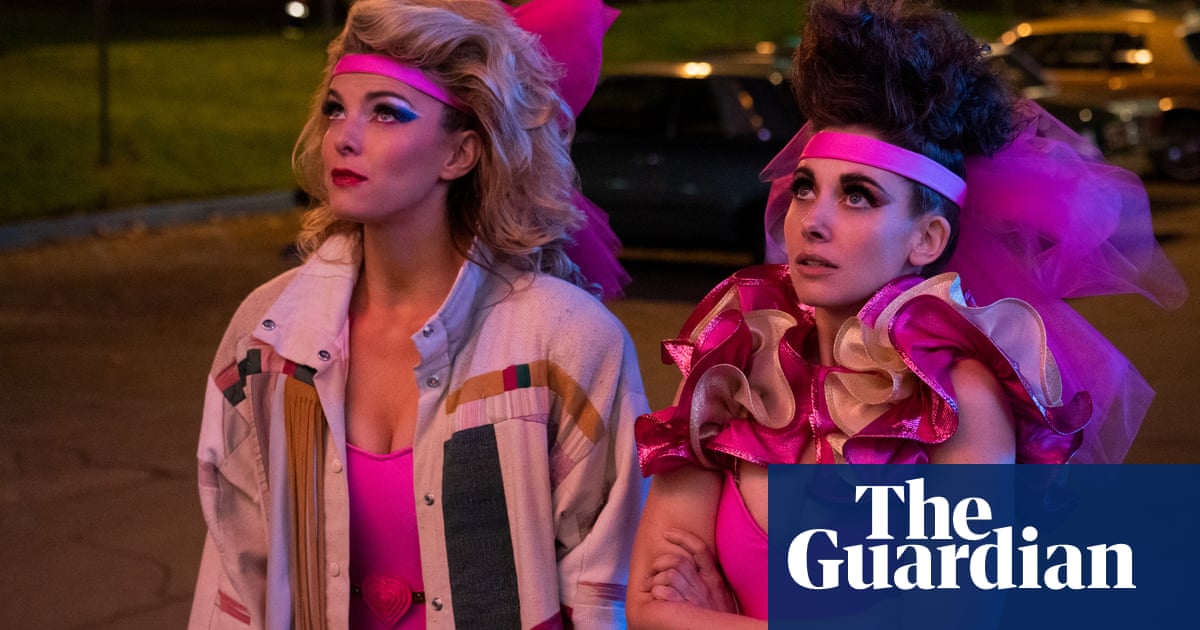 In the opening scene of season three of Glow, the Netflix comedy about a group of misfit actors who end up becoming female wrestlers, an interviewer speaks with the co-leads Debbie and Ruth about their shows exciting move to Las Vegas. Both women are dressed as their respective wrestling personas, Liberty Bell, the beautiful all-American girl defending the USA and Zoya the Destroyer, her slinky nemesis from Soviet Russia. True to their parts, Liberty Bell delightedly extols the wonders of Vegas while Zoya complains that the glitzy town is a revolting display of capitalism. Then, as the interview turns to launch of the Challenger space shuttle, happening in real time, something terrible happens: Ruth goes deeper and deeper into her exaggerated role criticizing American imperialism and decrying the Challenger, without realizing that, live on TV to a shocked and dismayed audience, the space shuttle has entirely broken apart.

Based on a real 80s wrestling group, the fictionalized world of Glow has always managed to be delightfully tacky, rather than bleakly depressing, even as characters contend with everything from poverty to health issues to insidious racism and scathing sexism. Unlike a show like Stranger Things, which inspires a kind of pure-hearted nostalgia, Glows ambitions have always been more akin to Mad Men; both shows have the intent to captivate viewers while also inducing them to cringe at a past that maybe isnt quite so distant as wed like to believe it is.

The opening scene clearly illustrates how beneath the glossy veneer of big hair and tight leotards, Glow is a show that is first and foremost about disappointment. In particular, it explores how a second chance at love, a career, really any dream at all, doesnt necessarily result in a happy ending. The world of Vegas seems utterly enthralling at first, with its gold-colored furniture and walls, leggy showgirls and non-stop all-you-can-eat buffets. Eventually, however, all of these pleasures lose their initial appeal, as we begin to see all the things that our ensemble cast truly hungers for.

Certainly, disappointment abounds in lots of antihero sagas, from the aforementioned Mad Men to shows like Breaking Bad and BoJack Horseman. But what makes Glow stand out is its deep fascination with the pleasures and pitfalls of female ambition specifically. Each member of Glow is at a different stage of her life and while the large ensemble cast doesnt allow for an in-depth look at each individual character, we do get a smorgasbord of plots centering on women who yearn to excel. In particular, this season delves more deeply into a few specific characters and what drives them: we see Cherry consider motherhood and learn more about how Arthie sees her own sexuality. Likewise, season three devotes a lot of time to unpacking Sheilas character, as we see her take an acting class and meet a mentor who inspires her to think about what she is trying to find by wearing the wolf costume she loves.

There are other compelling character arcs too, such as Sams relationship with his daughter, who is also yearning to be a screenwriter. Still, the heart of Glow has always been the relationship between Ruth and Debbie, and their struggle for power and recognition in a world that doesnt take them seriously. In season three, their characters are even more fully realized, as Ruth throws herself into Glow, even as she slowly starts to realize that she ultimately wants more than to be on a female wrestling team. Likewise, Debbie struggles to balance her work as a producer and actor with being a devoted mom. Though scenes where Debbie is cast aside or underestimated by powerful men are painful, the focus on Ruth and Debbies ever-evolving friendship offers a respite from the sexist indignities of the world around them. While the characters they play may be two-dimensional, one of the pleasures of seeing Ruth and Debbies journey is that they arent flattened into tropes at all. They are complicated women who arent afraid to be confrontational, least of all with each other, and their devotion to Glow is often less about sisterhood than personal drive, which causes a number of compelling new conflicts.

Tools Work Anywhere In The World But Best In US and UK and Canada. Unique Offer That's Ideal For All Different Types Of Travel[...]
Read More
⇛ view similar products
Witchcraft Secret Manual

What If I Say That You Can Fulfill Your Dreams Once and For All, Without Spending More Money on Systems That Do Not Work? If you'v[...]
Read More
⇛ view similar products
Witchcraft Secret Manual

What If I Say That You Can Fulfill Your Dreams Once and For All, Without Spending More Money on Systems That Do Not Work? If you'v[...]
Read More
⇛ view similar products
Surf fishing guide

Who Else Wants To Learn How To Hypnotically Put Anyone Into A Trance In Seconds So They Obey Your Every Command? Learn The Same Se[...]
Read More
⇛ view similar products
101 ways to hypnotize someone

Who Else Wants To Learn How To Hypnotically Put Anyone Into A Trance In Seconds So They Obey Your Every Command? Learn The Same Se[...]
Read More
⇛ view similar products